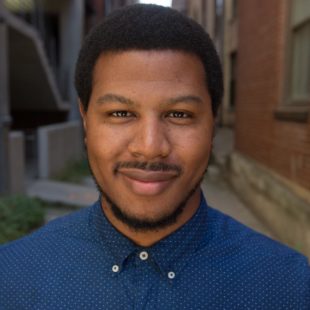 Kyeland Jackson covers a number of issues for Twin Cities Public Television in St. Paul, Minnesota, including the causes and effects of racial disparities. He holds bachelor’s and graduate degrees in communications from the University of Louisville and has won awards from the Kentucky Associated Press Broadcasters as well as the Louisville Society of Professional Journalists. Jackson was also selected for the Ida B. Wells Society for Investigative Reporter’s Data Institute. Raised in Elizabethtown, Kentucky, Jackson was also the editor-in-chief of The Louisville Cardinal, a weekly independent newspaper at his alma mater.

Although it can be complex, data is essential to understanding how disparities in Minnesota are experienced and why they persist – especially at a time when “facts” are often in dispute. We’d like to host an RFA Reporter who would focus on using data to drive reporting on how and why disparities exist and persist in Minnesota. The RFA Reporter might collaborate with, and create reports that complement, other TPT producer/Reporters who are doing work on, for example, immigration or rural issues. The Reporter would translate historical and contemporary data into compelling and accessible storytelling, and utilize data to illuminate and explain complex issues. Specifically, the Reporter would create 3-6 reports/month for TPT broadcast and/or digital platforms.