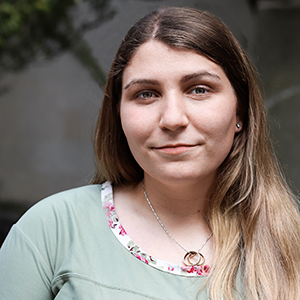 Lacey Latch covers communities in northern Arizona for The Arizona Republic. Previously, Latch was a Pulliam Fellow at the paper. She has covered local and state politics, public safety and local culture for The Pueblo Chieftain in Pueblo, Colorado, and says that most of her foundation as a journalist was formed while attending DePaul University in Chicago, where she held various positions, including editor-in-chief, on the student paper. Latch holds a master’s degree in journalism from DePaul as well as her bachelor’s. Hailing from Mullica Hill, New Jersey, a small farming town just across the Delaware River from Philadelphia, Latch has an incredibly cute, very large dog named Deuces who, like her, is always up for a good road trip.