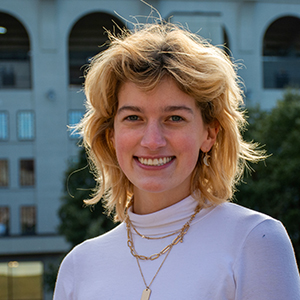 Lara Nicholson covers the Florida Parishes in southeast Louisiana for The Advocate, one of Louisiana’s largest publications. A recent graduate of Louisiana State University, Nicholson holds bachelor’s degrees in journalism and political science, and was editor-in-chief of The Reveille, the student-run paper. She is a native of Baton Rouge, and has interned twice at The Advocate. Her reporting has taken her to the Mall of Louisiana in Baton Rouge, where she spent three days covering the escape of Cara, a 12-foot, 100-pound albino Burmese python, who snuck out of her aquarium in the middle of the night.

Beat: Local government and general news in the Florida parishes

The reporter will cover local government and general news in Livingston and Tangipahoa parishes, focusing on schools, public meetings, and business and industry.