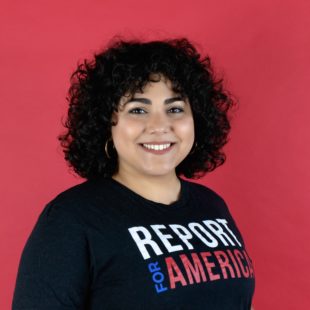 Laura Brache is a reporter for The News & Observer in Raleigh, North Carolina, covering the effects of changing demographics on minority communities across the region. Brache spent her first year as a RFA corps member in Charlotte, North Carolina covering immigration and the Latino community for both WFAE public radio and La Noticia, a Spanish-language paper. She is a multilingual, multimedia journalist from North Carolina who was born in Massachusetts and raised in the Dominican Republic. Brache led the production of “Believe It, Do It, Earn It,” an award-winning documentary about the twice-undefeated field hockey team at her alma mater, The University of North Carolina at Chapel Hill. A recipient of the Regional Edward R. Murrow Award for social media, Brache was part of the news team at WFMY-TV in Greensboro that won for its bilingual coverage of a series of severe weather events. She holds a master’s degree from Syracuse University’s Newhouse School of Public Communications.

As the region grows, new racial and ethnic communities have emerged and traditional communities have changed. This reporter tells the stories of people whose voices aren't always heard, and examines the challenges and opportunities that arise when communities face demographic changes not only in race and ethnicity, but in age, income level and employment.