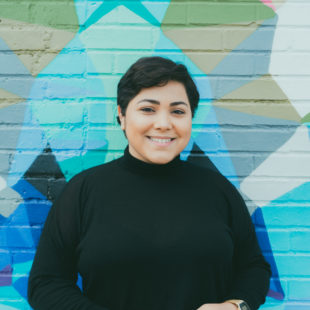 Laura Brache reports for WFAE/La Noticia, a joint project of the Charlotte, North Carolina, NPR affiliate and the largest Spanish language newspaper in North Carolina. She focuses on immigration and deportation issues affecting the area’s booming Hispanic population and engulfing local governments and police. Brache is part of the team at WFMY News in Greensboro, North Carolina that won the Regional Edward R. Murrow Award for social media for its coverage of storm damage from a series of tornados. She is a multilingual multimedia journalist from North Carolina who was born in Massachusetts and raised in the Dominican Republic. Most recently she worked as a Production Coordinator at her alma mater, the University of North Carolina Hussman School of Journalism and Media assisting in the production of special student projects. Her journey in broadcasting began at WFMY News 2 in Greensboro, where she covered breaking news, severe weather and everything in between. Brache is a member of the July 2019 cohort of the Syracuse University online Master of Science program specializing in journalism innovation. She expects to complete the program by the end of 2020.

This Reporter uses their fluency in Spanish to investigate and report on the issues of immigration and deportation facing the Latino community that no one else is covering. For example, the Immigration and Customs Enforcement and the Mecklenburg County Sheriff's Office are currently in a battle over detentions that has captured national attention, including the president’s. What is not being covered is the impact of raids, detentions and deportations on families, communities and businesses in North Carolina. The Reporter investigates the effect of raids and deportations that further isolate an already marginalized community from access to law enforcement, affordable housing, education, health services and more. The Reporter writes about services and assistance that Latinos can access without fear of retribution. The Reporter also covers the Charlotte immigration court, one of the toughest in the nation with the second highest deportation rate in the country this year. La Noticia uses its connections and the trust they have built within the Latino community to connect the Reporter with people who have undercovered stories, and need to be amplified.