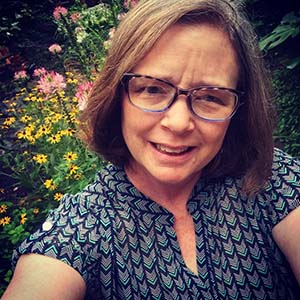 Laura Harbert Allen covers the intersection of religion, politics and culture for 100 Days in Appalachia, a nonprofit digital news organization. Prior to joining 100 Days, she contributed to podcasts such as “Making Contact,” “Us & Them,” “Freakonomics Radio” and “Inside Appalachia.” Allen is completing her Ph.D. at the Scripps College of Communication at Ohio University, where she has taught media criticism and audio/podcasting for three years. Her career in media—a total accident—began when she unknowingly walked into a public radio studio in New Bern, North Carolina. She has since been a public media host, reporter, producer and manager in New Bern, Richmond, Kentucky, and West Virginia, and for eight years she was the communications director for the West Virginia United Methodist Conference.

Stories of religion told here are most often told by parachute journalists in the form of reductive narratives – the snake handlers speaking in tongues – that overlook the diversity of faith expressed and practiced. The beat will explore how residents practice their faith, and the intersection with politics. More and more, our cultural and political debates are spilling over into our houses of worship.