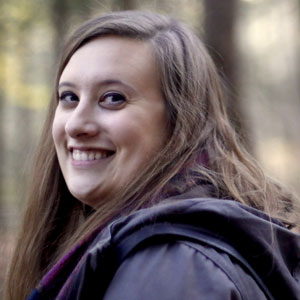 Lauren has been a reporter at The Blade in Toledo for nearly five years, most recently on the health beat covering everything from Ohio’s heroin and opioid epidemic to Toledo’s efforts to reduce childhood lead poisoning. Her work has won several state and local awards for investigation and breaking news, including the Press Club of Toledo’s 2017 Touchstone Award for a series examining the lack of local oversight on homes with unsafe lead levels. Originally from Wisconsin, she interned at the Green Bay Press Gazette and Pittsburgh Post-Gazette. Lauren majored in journalism with a minor in Spanish at Northwestern University, where she was news editor for North by Northwestern, an independent student magazine.

Lauren is responsible for contributing to “50th of 50,” an ongoing series of stories that seeks solutions for the poverty gap in Charlotte. Paired with an investigative reporter working exclusively on the series, Lauren covers the lack of affordable housing as a growing crisis for the poor, with a focus on data-informed reporting. The goal is to bring accountability reporting to the city’s lack of progress in building affordable homes and apartments, and to identify solutions that other cities have found to keep housing affordable when rents and home prices are skyrocketing. As part of this work, Lauren works with data reporters to identify neighborhoods and ZIP codes where gentrification has flipped affordable homes into $400K+ houses, and where the next endangered neighborhoods are. With the city asking taxpayers in November for $50 million to build affordable homes, Lauren also examines where money has gone in this program and why the affordable housing gap has grown rather than been reduced.