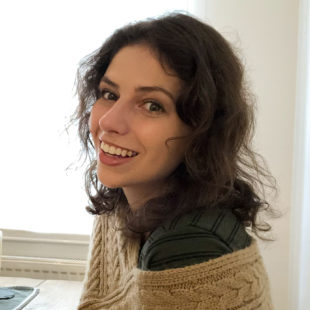 Lauren Peace covers public health threats for the Mountain State Spotlight. She was a reporter for the Democrat and Chronicle/USA Today Network in Rochester, New York, where she helped lead coverage of a sexual harassment case at the University of Rochester. In 2018, she received a Fulbright research grant and moved to Kosovo, where she produced an interactive documentary project highlighting the stories of women throughout the country. Peace is a graduate of Rochester Institute of Technology, where she played soccer, and is a soon-to-be graduate of Columbia University, where she studied in the Stabile Investigative Journalism Program. During her time at Columbia, Peace covered New York State and New York City politics for Uptown Radio, and Pelham Parkway for The Bronx Ink. She is originally from Morgantown, West Virginia, and is excited to get back to the state.

Coverage of public health threats in West Virginia to bring back more frequent enterprise coverage of vital issues facing our state. Part of our hope is that we can foster creation of a West Virginia nonprofit organization that would, among other things, grow the resources to continue the work of those corps members when their RFA stints are over. As the Seattle Times is doing, our long-term goal would be to use the community’s support to greatly expand our enterprise team.