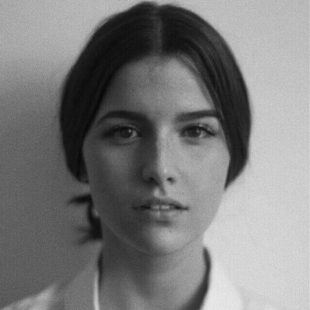 Laurence Du Sault covers childhood poverty in San Jose and the Bay Area as part of “The California Divide” project. Before coming to the Mercury News she covered the coronavirus pandemic as a stringer for the New York Times and as a researcher for the Investigative Reporting Program at the University of California-Berkeley’s Graduate School of Journalism. Previously, she investigated police criminality for the IRP as part of a statewide coalition of news organizations examining California law enforcement. Du Sault is a recipient of the Society of Professional Journalist’s James Madison Student Journalist Freedom of Information Award, a fellow for the National Institute for Climate Education, as well as a recipient of the Randy Shilts Award for Exceptional Reporting. At Berkeley, she wrote magazine features on the environment and Indigenous affairs, reporting from Native American communities in the Golden State. After completing an internship at CIBL 101,5, public radio in Montreal, Du Sault lived and freelanced in Mexico for a year, where she perfected her Spanish and taught children in Mérida. She grew up in a strictly French-speaking home in Canada and moved to Australia at 18 to learn English. She is a graduate of McGill University in Montreal.

Beat: Childhood poverty in San Jose and for The California Divide Project

Laurence covers childhood poverty in San Jose and the Bay Area as part of “The California Divide.” Poverty is the biggest coverage gap in the state. In response to this, CALmatters, McClatchy’s five California news organizations and the 25 Digital First newsrooms have created a news hub with a collaboration project on the topic. “The California Divide” is an unprecedented news partnership that combines the strengths of respected news-gathering organizations across the state. The shared goal is to build a sustainable and replicable model for data-driven, change-making journalism in this critically underserved coverage area. Report for America has teamed up with three of the new hub’s newsrooms to offer three new corps member placements: CALmatters in Sacramento, The Fresno Bee in Fresno and The Mercury News in San Jose.