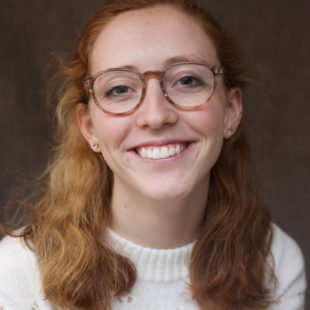 Lexi Peery is a reporter for KUER/NPR Utah where she focuses on issues about fast-growing Washington County. Peery is a Salt Lake City native who has been in Southern Utah the past year reporting on all things related to the environment, development and government for The Spectrum & Daily News. She returned to Utah after graduating from Boston University, majoring in journalism and concentrating in environmental studies while earning the Blue Chip Award. During her senior year she was an environmental and newsroom fellow at WBUR, Boston’s NPR station. That same year she also interned for the national call-in show, “On Point.” While at BU, she worked her way up to editor-in-chief of the independent student newspaper, The Daily Free Press. She also was a correspondent at The Boston Globe and did freelance reporting for City Journals in the Salt Lake Valley.

This beat focuses on southern Utah, with an eye towards political coverage at the state and federal level, growth, public lands, energy, water and the environment. Coverage includes the growth of the region, specifically St. George, which according to March 2018 estimates from the Census Bureau is the fastest growing metropolitan area in the United States. The Reporter works in dual capacities as a half-time general assignment Reporter helping to cover the region, while the other half of the time he tackles issues such as natural resources, water and growth. This Reporter works remotely, away from the main newsroom in Salt Lake City.