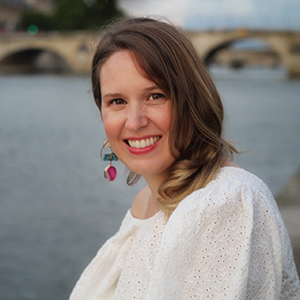 Liz Donovan reports for City Limits, a nonprofit investigative news site based in New York City. She covers climate change and its implications for the city, including the disproportionate impact on vulnerable communities. Previously, as a fellow for the Global Migration Project, Donovan investigated the exploitation of immigrant women in a health care workforce. For over a decade she worked as a magazine editor, then earned her master’s degree from the Columbia University Graduate School of Journalism. As an Émile Boutmy scholar, Donovan earned a master’s at the Sciences Po Journalism School in Paris in 2020. There, she interned on the climate and environment desk at Agence France-Presse and reported on France’s migrant population. Her freelance work has been published in The Intercept, Documented, and The Week. In the summer she has taught reporting and editing to high school students at The School of The New York Times.

Beat: Climate change and its implications for New York City

NYC has yet to confront to confront the reality of climate change, a reality with manifold policy implications -- from the importance of waterfront resiliency measures to mechanisms for dealing with severe heat in the city's interior and preparing for food shortages, new communicable diseases and more. This reporter aims to catalog under-appreciated risks and potential solutions, to keep government and industry accountable for their promises to increase protections and reduce admissions, to highlight community-based efforts to respond to the challenge of a warmer planet, and to candidly assess how the impact of climate change—and the policies New York will put in place to mitigate or manage itwill produce winners and losers. Other questions: How will climate change affect NYC's vulnerable communities—not just those susceptible to storm surges, but also areas where a normal rainstorm wreaks havoc, where intense heat brings deadly risk, and where weather events or disease outbreaks overseas might ripple through immigrant communities? How effective are the resiliency measures the city has planned or enacted? And do efforts to reduce NY's carbon footprint distribute burdens fairly? Are developers really complying with the new flood regulations?