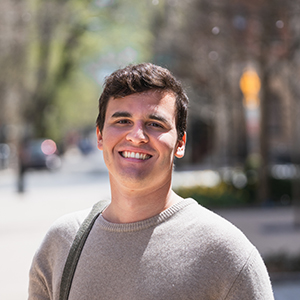 Luca Powell is an investigative data journalist reporting for the Traverse City Record-Eagle. Luca has been working in New York City throughout the Covid-19 pandemic, reporting on the inequities impacting patients living with such co-morbidities as sickle cell disease. His coverage of the sacrifices of Filipino frontline nurses was featured on the cover of the New York Times’ metro section in January 2021. Most recently, Luca’s work on police misconduct was featured at WNYC and in The Intercept, where he exposed loopholes in New York’s decertification system, which allowed for problem officers to be rehired in new jobs. He is a 2020 Overseas Press Club Foundation Scholar and a graduate of CUNY’s Newmark Graduate School of Journalism.

Beat: Using data to tell stories of local and state issues and trends

There is a hunger in our region for thoroughly-reported, meaningful analysis of the numbers behind assumptions and trends. This strong data Reporter helps fill that gap, complementing our already strong enterprise and watchdog reporting. This beat dives deep into local and state data sets, either reporting or co-reporting enterprise projects alongside our beat Reporters. This Reporter is an integral part of our process, both as an independent Reporter and as a member of project reporting teams.