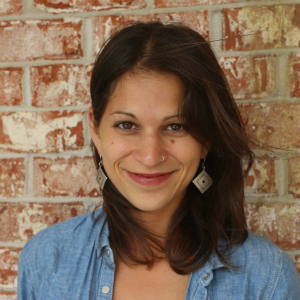 Mallory is a two-time Edward R. Murrow Regional Award-winner, a 2016 USC Annenberg National Health Reporting Fellow, and a radio journalist whose stories have aired on All Things Considered, Here & Now, and Texas Standard. She was an education reporter for New Orleans’ NPR-affiliate WWNO and a producer of What My Students Taught Me, an education podcast from The Atlantic and Columbia Journalism School’s Teacher Project. Earlier she served as communications director for Kids Rethink New Orleans Schools. Originally from Pittsburgh, Falk is a graduate of Middlebury College and the Transom Story Workshop.In her first year with Report for America, Mallory was a multimedia reporter for KRWG in New Mexico, covering education, healthcare, economic development and sustainability. In her second year, she will join Texas News Hub, based at KERA, to cover the borderlands and El Paso.

El Paso is a vibrant city with a rich history and culture, yet it has no full-time public radio reporters. Residents are unable to listen to complete stories about hot button issues like border control and immigration that affect this portion of the state. Mallory’s coverage in West Texas focuses 70 percent on border and immigration issues, and she spends the rest of their time as an El Paso general assignment reporter. Mallory’s dedication to reporting in this area brings depth and nuance to borderlands coverage for Texas News Hub, based in KERA, a collaborative that brings together NPR and the public radio stations of Texas together to provide a news service to underserved communities in the states news deserts. Mallory’s work and other stories from Hub stations can be heard on Texas Standard and during local broadcasts of Morning Edition and All Things Considered across the entire state.