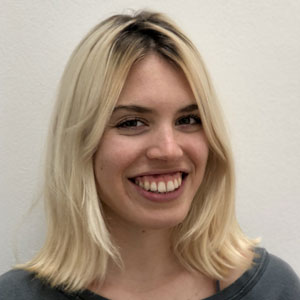 Manuela is a former staff writer for PolitiFact, where she covered politics, health care, immigration and international trade. She was also a researcher for Politico, a research assistant at The New Yorker, and an intern at New York Magazine. She was a 2018 International Fact-Checking Network Fellow and contributed research to an ASME award-winning multimedia feature, “This is The Story of One Block in Bed-Stuy, Brooklyn”. Originally from Buenos Aires, Argentina, Tobias lived in New Hampshire, New Jersey and London before moving to Washington, D.C. She has a B.A. in comparative literature from Georgetown University.

Manuela covers childhood poverty in the Fresno region as part of “The California Divide.” Poverty is the biggest coverage gap in the state. In response to this, CALmatters, McClatchy’s five California news organizations and the 25 Digital First newsrooms have created a news hub with a collaboration project on the topic. “The California Divide” is an unprecedented news partnership that combines the strengths of respected news-gathering organizations across the state. The shared goal is to build a sustainable and replicable model for data-driven, change-making journalism in this critically underserved coverage area.