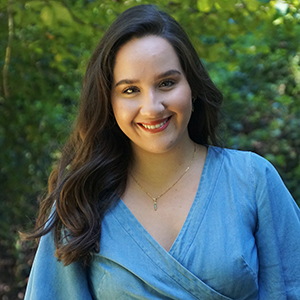 Maria Ramirez Uribe is a bilingual journalist covering the Latino community in Charlotte, North Carolina for WFAE, an NPR member station, and La Noticia, the state’s biggest Spanish-language paper. Before starting her Report for America position, Ramirez spent a year reporting on the economic impact of COVID-19 on Charlotte’s Latino community for WFAE. She was born in Caracas, Venezuela to Colombian parents and raised in Maryland. Ramirez has worked as a freelance researcher for CNN’s international desk, where she previously interned, helping the network’s coverage of international breaking news. Ramirez graduated from North Carolina’s Elon University with a double major in journalism and strategic communications.

This reporter uses their fluency in Spanish to investigate and report on the issues of immigration and deportation facing the Latino community that no one else is covering. For example, the Immigration and Customs Enforcement and the Mecklenburg County Sheriff's Office are currently in a battle over detentions that has captured national attention, including the president's. What is not being covered is the impact of raids, detentions and deportations on families, communities and businesses in North Carolina. The reporter investigates the effect of raids and deportations that further isolate an already marginalized community from access to law enforcement, affordable housing, education, health services and more. The reporter writes about services and assistance that Latinos can access without fear of retribution. The reporter also covers the Charlotte immigration court, one of the toughest in the nation with the second highest deportation rate in the country this year. La Noticia uses its connections and the trust they have built within the Latino community to connect the reporter with people who have undercovered stories, and need to be amplified.