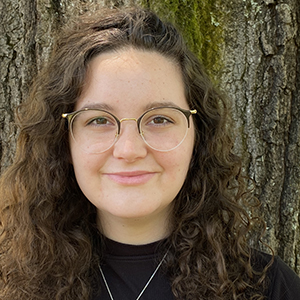 Marisa Mecke reports on environmental issues in western North Carolina for the Mountain Times, a newspaper based in Boone, North Carolina and also serving nearby counties. A 2021 graduate of Davidson College, Mecke was a feature writer for The Davidsonian, the student paper, and an intern for WDAV, a classical music public radio station, where she produced a video series of interviews with station volunteers and contributed to WDAV’s blog, “Of Note.” She was also the programming director of the student radio station, WALT. Davidson College awarded Mecke the Latin American Studies Prize in 2021 for “her groundbreaking study highlighting the often-silenced transnational relationships between Cubans on the island and in the United States since the 1959 Revolution.” Home for Mecke is Atlanta, Georgia.