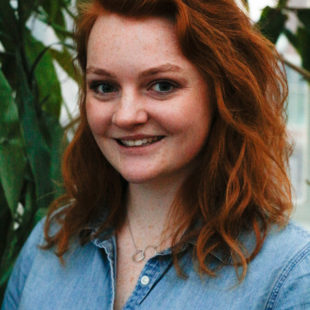 Mary Norkol reports for The Sun News, the newspaper based in Myrtle Beach, South Carolina, where she focuses on homelessness. This is an underreported topic in the resort area with unique aspects including family members who follow their retiree relatives to the region but don’t have enough money for housing. Norkol wrote features for “The FBI Files” and “Murals and Mosaics” projects while working as an intern at the Chicago Sun-Times and worked on the investigative team during an internship with CBS in Chicago. She was editor-in-chief of Loyola University Chicago’s independent student newspaper, which won first place in its general excellence category by the Illinois College Press Association. Norkol was recognized for her work on a podcast covering the Mercy Hospital shooting and multimedia reporting on sexual assault solve rates in Chicago. A true Midwesterner, Norkol grew up in Stillwater, Minnesota, and spends her vacations and holidays in the Upper Peninsula of Michigan.

The majority of people who move here are of retirement age, but their families follow them without the prospect of job opportunities. Without an interstate, we lack industry outside of tourism to support substantial growth in good-paying jobs. This Reporter explores those issues and more: the growing gaps between the haves and have-nots, the loss of tourism jobs, i.e. hotel workers, servers, cooks, who can’t keep up with increasing rents, and the resulting homelessness, drug abuse and strain on resources which make it difficult to care for the poor.