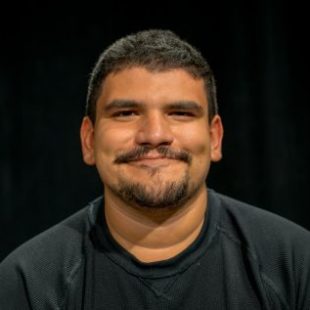 Matthew Martinez is a reporter for the Milwaukee Neighborhood News Service, covering low-income minority neighborhoods in Milwaukee’s central city. Martinez is a 2020 graduate of  Marquette University, the Catholic Jesuit university in Milwaukee, where he worked on the Marquette Wire, the student news organization. As the executive editor last year, Martinez wrote a three-part series, “Left Behind,”  detailing a Marquette wrestler’s suicide in 1978. The series uncovered an altered suicide note and evidence of physical discipline against the student by a Jesuit priest. The project recently won awards from the Society of Professional Journalists and Wisconsin Newspaper Association for in-depth reporting. Martinez has also edited and contributed to series about homelessness, human trafficking and healthcare, among other things. Last summer, he worked for Milwaukee Magazine as an editorial intern. He also worked in the SPJ newsroom during their Excellence in Journalism Conference in San Antonio last year.

Mainstream media coverage of low-income minority neighborhoods in Milwaukee's central city, typically focusing on crime, drugs, economic hardship and racial tension. Through comprehensive reporting about the challenges and assets of these communities, this RFA corps member alters perceptions of these negatively-stereotyped communities throughout the greater Milwaukee area, and within the neighborhoods themselves. We have several topical beats, and the fellow develops expertise in areas such as health, minority businesses, faith, jobs/careers, housing and transportation.