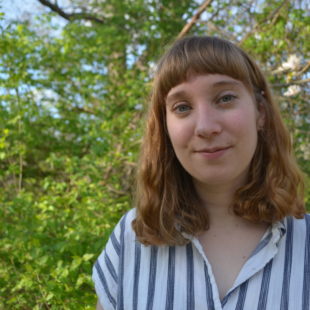 Megan Stringer reports for the Wichita Eagle, where she focuses on issues facing the working class including the decline in unions and changes to state worker compensation laws. (Wichita is a major manufacturing center.)  It’s a perfect fit for Stringer, who covered business and economic development for the Wausau Daily Herald and across Wisconsin for the USA Today Network. Her stories touched on everything from manufacturing to restaurants. While in school, Stringer was an associate editor for 14 East Magazine in Chicago, the Online student-run Publication of DePaul University where she focused on engagement and multimedia journalism. She also interned in the consumer investigation unit of NBC5 Chicago. Stringer grew up in the greater St. Louis area.

Beat: Issues facing the working class including the decline in unions and changes to state worker compensation laws

Of the 100 largest U.S. metropolitan areas, Wichita ranks No. 1 in manufacturing jobs—accounting for more than 17% of employment here. Mix in service industry and other blue collar positions and here is a large group that crosses race, age and gender lines but pays little attention to its work-related concerns. Wichita has a business journal, which focuses on businesses themselves, but there’s no reporting on worker-related issues. The "Working in Wichita" Reporter examines issues facing the working class, including the decline in unions, changes to state worker compensation laws that chip away at benefits, and inequality. Wichita ranks in the bottom 20 percent of similarly sized cities for wage equality for women. The black unemployment rate in Kansas 2018 was 9.1 percent, while the white unemployment rate was 2.9 percent. With 60 percent of Kansans saying the state’s economy could threaten their welfare over the next year, this Reporter looks at economic insecurity, and examines what that means for Wichita workers. We'd love this Reporter to be someone from the community.