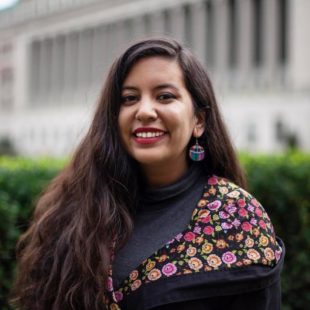 Megan Taros reports for The Arizona Republic where she concentrates on the Latino and African-American communities in South Phoenix. Most recently, Taros covered Latino affairs across an eight-county swath in Twin Falls, Idaho, where she launched the beat at the local paper. There she was a part of numerous community engagement efforts that included getting Latino students interested in media, listening sessions and launching a series on representation in education, politics, business and health. She is a graduate of the Columbia University Graduate School of Journalism, where she covered health disparities, income inequality and immigration in the Latino communities of Corona and Elmhurst, Queens, New York. She’s covered education and local government in southern New Jersey, San Francisco and her native Los Angeles.

The Reporter on this beat is committed to telling the real-life successes of the region and residents of South Phoenix, but not shy about exploring systemic issues that impede progress. We'll cover economic, educational, health and political challenges, but we'll also tap into individuals, neighborhoods, businesses and non-profits to provide a more inclusive view. Solution-oriented journalism is encouraged.