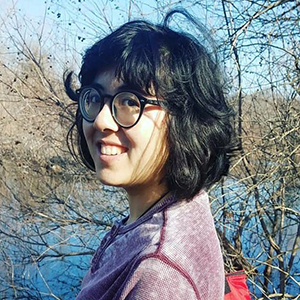 Megan Zerez reports on education for WSKG, an NPR affiliate station in Binghamton, New York. In 2021, she earned her degree from The Columbia University Graduate School of Journalism. Zerez has interned with WNYC public radio and has written for The City, a nonprofit news site. She grew up in Honolulu and before she was a reporter, Zerez was a researcher in a bioengineering lab. But when ongoing nationwide protests in South Africa disrupted her work there, she began to record interviews and document clashes with police, and later realized that journalism was for her. That realization led to an internship at KERA, Dallas’ NPR station, where her story on refugees won statewide recognition. Zerez wrote an investigative series on alleged sexual harassment and labor law violations by a major university contractor for The Mercury, the student paper at the University of Texas at Dallas. Her work earned her honors from the Society of Professional Journalists.

This reporter leads education coverage for the station and is based in Ithaca, N.Y., home to Cornell University and Ithaca College. There is a mix of rural and urban school districts in the area. Stories will relate to New York's teacher shortage, broadband access in rural areas, college affordability, and the long-term impact the pandemic will have on classroom learning. The position also involves some general assignment reporting for the Ithaca area and the greater Finger Lakes region.