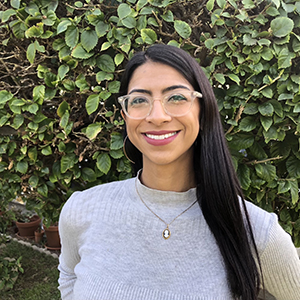 Melissa Montalvo covers childhood poverty in California’s Central Valley for The Fresno Bee. Before this, Montalvo, a bilingual reporter, covered the food and agriculture industries, Indigenous issues, and Mexican American culture as a freelancer, with bylines in Civil Eats, L.A. Taco, and more. Montalvo was born in Southern California, raised in the Arizona desert, and identifies as a daughter of the U.S.-Mexico borderlands. She graduated from the University of Southern California with a B.A. in international relations, minors in business law and French, and Renaissance scholar and Global scholar distinctions. In 2015, she won a Fulbright Award to serve as an English teaching assistant at Mexico’s Universidad Tecnologica de Jalisco in Guadalajara, Jalisco. Montalvo is a member of the National Association of Hispanic Journalists.

Poverty is the biggest coverage gap in California. In response to this, CALmatters, McClatchy's five California news organizations and the 25 Digital First newsrooms have created a news hub with a collaboration project about poverty titled “The California Divide.” The California Divide is an unprecedented news partnership that combines the strengths of respected news-gathering organizations across the state. The shared goal is to build a sustainable and replicable model for data-driven, change-making journalism in this critically underserved coverage area.