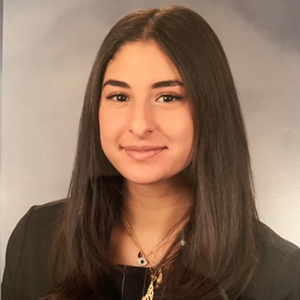 Mia Khatib is an gentrification/affordable housing reporter at The Triangle Tribune, which serves Black communities in Raleigh and Durham, North Carolina. She is passionate about amplifying the voices of marginalized communities and enjoys investigative, multimedia and data journalism. In January 2022, she graduated from Boston University with a bachelor’s in journalism and a minor in international relations. While there, she was a reporter, photographer and associate photo editor of the student paper, The Daily Free Press. Khatib has covered Middle East politics and policy for The Washington Report on Middle East Aﬀairs, a magazine based in Washington, D.C.

The beat will mainly cover Raleigh and Durham, with occasional stories from Chapel Hill since so many people of color work in Chapel Hill but live in Durham because of the high cost of living. She will focus on gentrification in low-income communities that’s driving residents out, as well as affordable housing issues: What’s considered affordable? Where do the people go when forced out? Is affordability really helping those who need it the most? Also, is gentrification affecting the middle class now too? The list is endless.