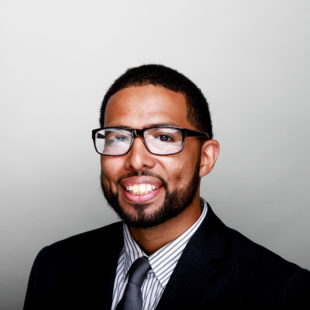 Michael Butler reports for Technical.ly, where he covers winners and losers in the tech economy in Philadelphia. He moved to Philadelphia in 2010 to participate in the AmeriCorps program CityYear and later covered the arts during an internship with the Philadelphia Weekly and attended Temple University, where he graduated in 2016. He grew up in Augusta, Georgia, as part of a military family and moved around several times over the course of his life. As a freelance journalist, he has contributed to platforms like National Public Radio affiliate WHYY and reported on culture and the arts for publications like Okayplayer and Remezcla. In 2018, he was nominated for the Freelance Reporter of the Year award by Philadelphia’s Pen & Pencil Club. In 2019, he was one of the recipients of the Lenfest Institute for Journalism’s inaugural Next Generation Award grant. Later that year, he was selected by the Maynard Institute for Journalism to be a Maynard 200 fellow.

Beat: Winners and losers in the tech economy in Philadelphia

As they move on from a manufacturing past, economic development leaders have identified the tech and innovation economy's importance to Maryland, centered in Baltimore. The healthy economic change is visible in the coworking spaces and glitzy tech offices, but for these places to truly move forward, residents who live in some of the country's most challenged neighborhoods need to have a role in that future and more directly benefit from the economic gains that come with it, including skills development. This Reporter gives voice to those residents, examining how the entrepreneurs and economic efforts in Baltimore's "Black Butterfly" are playing a role in the next wave of economic development, and what the most ambitious plans mean for existing residents there.