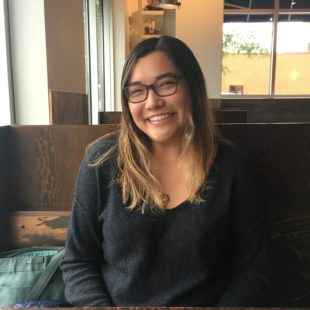 Michelle Griffith reports for The Forum of Fargo-Moorhead in North Dakota. She focuses on the decline and rise of rural America, told through a North Dakota lens, including coverage of economic development, jobs the people who make up these communities. Griffith covered breaking news and enterprise stories while interning at the Minneapolis Star Tribune and the St. Paul Pioneer Press. She was the Campus Activities Editor for the Minnesota Daily, the University of Minnesota’s independent student newspaper, where she oversaw coverage on topics like diversity, student life and research. Griffith was also a founding member of the Minnesota Daily’s Content Diversity Board, which analyzed the paper’s coverage of minority communities and trained reporters on best practices for covering marginalized groups. She grew up in Buffalo, Minnesota and graduated from the University of Minnesota in 2020 with a degree in journalism.

This beat explores the decline and rise of rural America, told through a North Dakota lens. Themes include coverage of population issues/ trends, economic development, jobs, tourism, features about small communities (including western North Dakota news deserts), understanding the people who make up these communities ('Faces of North Dakota' series), stories of families trying to carry on traditions, and the decline of oil and agriculture as sources of identity and economy for North Dakota. The role is based in Bismarck, ND.