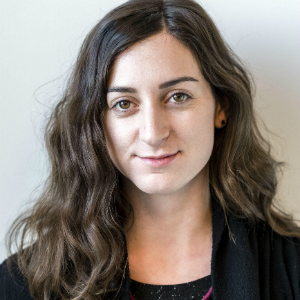 Molly Born, a native of West Virginia, worked for six years at the Pittsburgh Post-Gazette, where she covered crime, local government, and education. In pursuit of the story, she spent the night at a palatial Hare Krishna commune, reported on location from the middle of a four-lane highway, and (politely) commandeered a passing car to hear the verdict in a murder trial. She’s a graduate of Fairmont State University and has a masters in journalism from Northwestern University. She has long carried a bit of West Virginia everywhere she goes — in the form of a tattoo of the state’s motto on her back.

As an RFA corps member and Galloway Fellow, Molly now reports for West Virginia Public Broadcasting. She has already investigated the plight of a town whose water was contaminated by a coal mine owned by West Virginia Gov. Jim Justice and explored how a lack of reliable internet access is hurting rural economies.  More Molly.