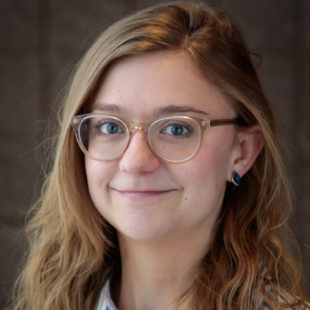 Molly Duerig reports for Spectrum News 13, a cable news television channel in Central Florida, where she focuses on the region’s housing crisis. Duerig is a multimedia journalist with a background in video production. While pursuing her master’s degree from Arizona State University’s Walter Cronkite School of Journalism and Mass Communication, she covered local breaking news for The Arizona Republic and traveled to Peru to report on the impacts of mass migration of Venezuelan children and families. She also reported on U.S. natural disaster recovery and response as a Hearst Foundation Fellow with News21, directing a 26-minute documentary episode about flooding across the U.S. that was part of the EPPY award winning documentary series “State of Emergency.” Originally from Pittsburgh, Duerig previously worked in the nonprofit sector as a youth media educator and program manager. Her work has won recognition from Investigative Reporters and Editors, Society of Professional Journalists, Editor & Publisher Magazine and the Broadcast Education Association.

This Reporter gathers the stories and perspectives of a variety of stakeholders in the central Florida housing crisis, including families, city policymakers, and landlords. They cover county board meetings regarding housing and construction, highlighting how the city is addressing the crisis. The journalist also creates long-form content delving into the complexities of the housing crisis and how it impacts renters differently, especially those who have come to the Orlando area following major climate disasters. The corps member develops engaging multimedia stories for both our news programs and online platforms.