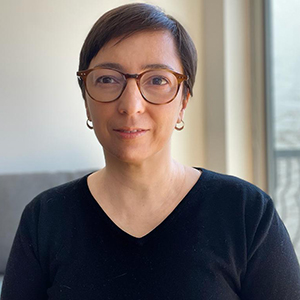 Mónica Cordero Sancho is an investigative and data journalist for the Midwest Center for Investigative Reporting, a news site based in Champaign, Illinois. Cordero’s work has been published by Univision, Bloomberg Businessweek, La Noticia, Radio Ambulante, NPR, openDemocracy and The New York Times. Born in Costa Rica, she is a graduate of the University of Costa Rica and the Craig Newmark Graduate School of Journalism at the City University of New York. Cordero was the lead reporter, involving newsrooms from 12 Latin American countries, on the investigation into the evangelical movement’s political power in Latin America. Published in multiple outlets in the United States and in Latin America, this reporting won the 2020 Ortega y Gasset Journalism Award, the most prestigious journalism prize in the Spanish-speaking world, for best investigative reporting. Cordero is a member of a pub-run group in Brooklyn, New York and loves pastrami sandwiches and chocolate cake.