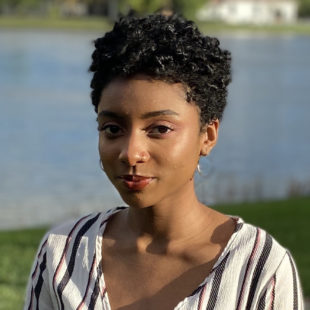 Morgan C. Mullings covers the Massachusetts Legislature and Boston’s city government for The Bay State Banner with a focus on how local and state governments affect minorities. Mullings has interned with Rolling Stone and Metropolis magazine, which covers the architecture and design industries, and NYLON, focusing on copyediting, reporting and research. At St. John’s University in Queens, N.Y., she served as Editor-in-Chief of the independent, award-winning student newspaper, The Torch. In the three positions Mullings held there, she covered university and local news including breaking Covid-19 developments and held journalism ethics workshops for undergraduates. She also volunteered for Sinai’s Radiant Liturgical Dance Ministry which ministers through dance on campus and in the tri-state area. Mullings grew up in Miramar, Florida, and went to New York to pursue her passion for writing that she developed at her high school newspaper. She will receive her bachelor’s degree in journalism in 2020.

This Reporter covers the Massachusetts legislature, Boston City Hall and, as needed, municipal affairs in cities and towns with significant populations of people of color, with a focus on how public policy affects the state’s minority populations.