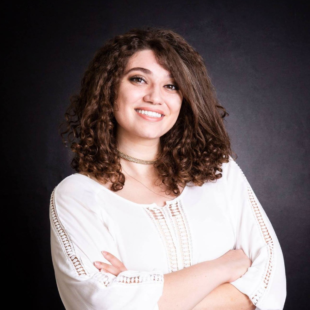 Nada Atieh is a reporter for the Redding Searchlight in Redding, California, which covers areas north of Sacramento. She focuses on education, childhood trauma and the achievement gap. An Arab-American journalist from Dallas, Texas, Atieh has been working as a journalist in the Middle East since 2017. She has reported on the military escalation in northwest Syria and the humanitarian crisis created by the Syrian civil war within Syria. Previously, she trained with Arab Reporters for Investigative Journalism (ARIJ), where she coordinated the awards distribution at the 2018 annual conference. She has reported about the economic climate in Jordan for Venture magazine. Atieh has also covered the Jordanian government’s initiative to bring employment services to refugee camps, the impact of tax hikes on food producers in Jordan, and the growth of air connectivity throughout the Middle East. She is fluent in conversational Arabic and proficient in Modern Standard Arabic. She holds a B.A. from the University of Texas at Arlington, where she studied broadcast journalism and communications.

The RFA corps member works out of our main Redding office and is responsible for covering education, childhood trauma and the achievement gap — particularly focused on the points where those topics intersect. Stories are driven by data and old-fashioned beat reporting in schools and in the community. For example, how has the trauma of evacuating wildfires and losing homes impacted kids who are already challenged? Several initiatives have been funded in recent years to address the achievement gap, but are any of them working? We love the powerful human stories that bring readers a broader understanding and arm them with information to build a better community.