The News Tribune, in partnership with The Olympian, The Bellingham Herald, and The Tri-City Herald 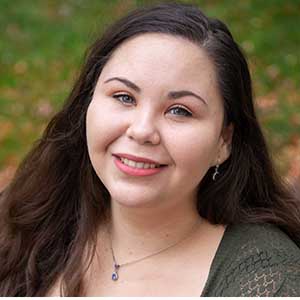 Natasha Brennan reports on Indigenous communities in Washington state for The News Tribune in Tacoma, and also provides coverage for other McClatchy newsrooms in the state. Previously, she worked as a freelance journalist and photographer focusing on Native American issues in Southern California. Her work has been published by Indian Country Today, The Associated Press and PBS Native Report. She became inspired to specialize in writing about Native American culture and issues as a child visiting her father’s family on the Cahuilla Reservation in Southern California. Brennan, from West Covina, California, holds a master’s degree in journalism from the USC Annenberg School, where she was an Annenberg Leadership scholar and Initiative fellow. Her 2019 book, “People of the Willow House,” has been featured in museums and libraries in Southern California, and Brennan says it “aims to dispel the myth that Native people and culture are extinct or ancient.”

This reporter covers the Native American community in Washington state. Based in Tacoma, this journalist also provides coverage for three other McClatchy newsrooms: The Olympian, The Bellingham Herald, and The Tri-City Herald. Several tribes have a major impact on various counties and communities: from the Luumi near Bellingham to the Puyallup and Muckleshoot near Tacoma and Nisqually just south as well as the Yakama near Tri-Cities.