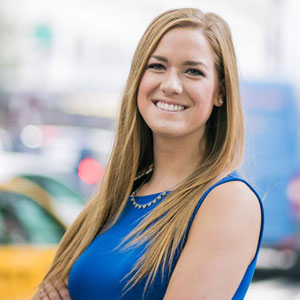 Natasha was a business reporter at Bloomberg News in New York City, where she covered health care in America, industrial companies, such as General Electric, and equity and debt markets. She spent her senior year of college reporting on the town of Whiteclay, Nebraska, which sold millions of cans of beer a year to the dry Pine Ridge Reservation in South Dakota. She was a three-time national Hearst finalist for her stories there, and her class won the Robert F. Kennedy Human Rights Award for their investigative reporting, beating the New Yorker and HBO. During her undergraduate education at the University of Nebraska-Lincoln, she also interned for the Oregonian, USA TODAY, the Omaha World-Herald and the Norfolk Daily News.

North Dakota is home to five federally recognized tribal nations and one American Indian community, and Minnesota is home to seven reservations and four American Indian communities. Natasha takes a dive deep approach when covering the Native American community and shines a spotlight on challenges and successes throughout each community. She works to connect with people affected by the issues and tells their unique stories with a focus on in-depth coverage.