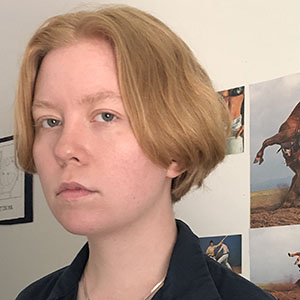 Nikolai Mather reports on social justice for the Athens Banner-Herald in Athens, Georgia. Previously, he was a staff writer at Queen City Nerve, covering local government, social justice and workers’ rights in Charlotte, North Carolina. He earned his bachelor’s degree in 2021 as a Levine Scholar at the University of North Carolina, Charlotte, where he studied Southern history and political science and was the opinion editor of the student paper. In 2019, Mather was awarded a fellowship through Humanity in Action, an international nonprofit, to study genocide in Berlin, Germany. He has worked in Norway, France and the United Kingdom, but calls Pittsboro, North Carolina home.

Beat: Religious life in Athens, and its interplay with politics, culture, business, health care and even sports.

This position focuses on the diverse communities in and around Athens, Ga., that, as in much of America, have long been under-covered by local news organizations. Athens, which is approximately 27% Black and 10% Hispanic, has wrestled with a poverty rate of 27% and many of the issues that are associated with it. The Banner-Herald, in conjunction with the Gannett Georgia group, is creating an Athens Equality Lab to cover issues ranging from the renaming of university buildings to communities of color to LGBTQ issues in rural America to handicap accessibility. This reporter will report on these issues locally.