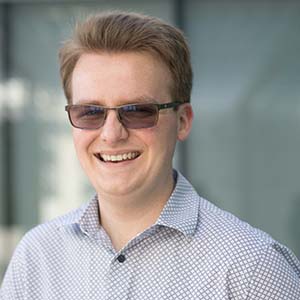 Noah Biesiada is a reporter for Voice of OC, a digital news outlet in Orange County, California, one of the largest counties in the U.S. This new Report for America position allows him to continue working for this nonprofit publication. Biesiada covers the communities of south Orange County, reporting on city councils, municipal agencies, disasters and education. In his time at the Voice, Biesiada has won state and local awards for his coverage of local politics, failed disaster communication and education reporting, along with reporting an investigative series on misuses of taxpayer dollars. Holding a bachelor’s degree in communications from California State University, Fullerton, Biesiada worked at the college paper, the Daily Titan, and served as the lead news editor on several major breaking news events.

This reporter covers city halls with insight and clarity. In addition, they help us increase disaster coverage that not only addresses the fire or earthquake when it happens but contributes to ongoing investigations into emergency services and overall preparedness. This is critically important because the quality of local disaster response is literally life and death, yet it is in many ways archaic.