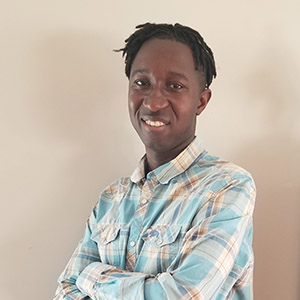 Onz Chéry covers Miami’s Haitian community for The Haitian Times. Chéry started working for the Brooklyn, New York, based paper in January 2020. This Report for America position allows him to continue covering the largest Haitian American community in the U.S. Previously, Chéry covered soccer for Elite Sports NY, Cosmopolitan Soccer League, the Daily Soccer Digest and FirstTouch. Chéry is from Abingdon, Maryland. He holds a bachelor’s degree in English and journalism from The City College of New York, where he started his journalism career as a sports reporter for The Campus, the student-run publication. When Chéry isn’t writing, he’s playing soccer.

This beat focuses on climate migration in Florida, its impact on residents living in Little Haiti, and on local politics impacting Haitian communities. There's been a sizable Haitian community in South Florida for generations, however it's only within the last 10-15 years that Haitians have come to the helm as political figures and leaders in South Florida politics. This reporter tells the stories of the Haitian community through the written word, but also incorporating photography and video.