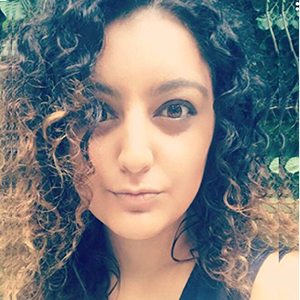 Paradise Afshar covers Latino and Asian immigrant communities for The Atlanta Journal-Constitution. Before becoming a Report for America corps member, Afshar was a producer at Fox News, working on breaking news and feature stories that were distributed to the network’s affiliate stations. In South Florida, she was a web and social producer for WPLG-TV and a freelance journalist for the Miami Herald. Afshar holds a bachelor’s degree in communications from Florida International University and a master’s in Near Eastern and North African studies from King’s College London. She has also founded a nonprofit that’s focused on giving financial aid to young athletes in South Florida, and when Afshar isn’t working, she’s usually hiking, traveling or doing literally anything to distract herself from screen time.

Georgia is home to more than 1.1 million foreign-born residents, who represent 10 percent of the state's population. Another 700,000 residents were born in the U.S. with at least one immigrant parent. It's a diverse group from a variety of nations: Mexico (22%), India (9%), Jamaica (4%), Korea (4%), and Guatemala (4%). The Report for America Corps member is part of a two-member immigration team, covering metro Atlanta immigrant communities, especially Asian communities. They focus on issues of concern to immigrants: small business and economic development, education, quality of life, health care, immigration laws and enforcement of those laws. They also cover the North Georgia poultry industry, farmworkers in the South Georgia onion fields.