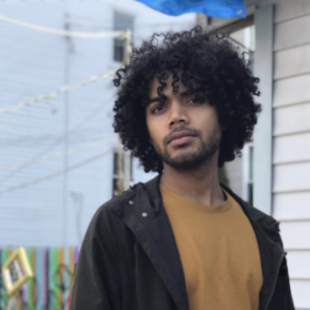 Pascal is a multimedia journalist from the south side of Chicago. He was previously the Environmental Health & Wellness Editor for the Real Chi, a west side local news lab with a mission of providing equitable, accountable news coverage for Chicago communities misrepresented by traditional media narratives. As part of his City Bureau Reporting Fellowship, Pascal reported on the impact of Section 8 vouchers on affordable housing in the Englewood neighborhood on the south side of Chicago. Before returning to his hometown, Pascal worked as an editor for international business publications in Turkey, the UAE, Oman, and Indonesia. Pascal is a 2015 graduate of Pomona College in Claremont, CA.

Beat: Austin and North Lawndale neighborhoods of Chicago’s West Side

Pascal covers Austin and North Lawndale on the city’s West Side. Block Club Chicago is a nonprofit, nonpartisan news organization dedicated to covering Chicago’s neighborhoods. The news organization’s mission is to cover the city through a truly block-level lens that encourages people to get involved at a local level.  Pascal produces six or more stories per week that are relevant to people living, working and spending time in these neighborhoods.