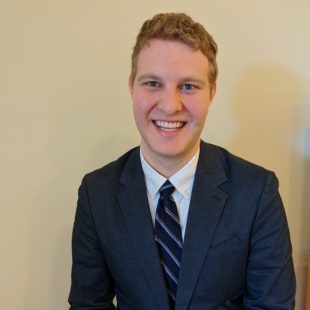 Paul Braun reports for WRKF and WWNO, the NPR member stations in Baton Rouge and New Orleans, where he covers the Louisiana Legislature. His coverage of Louisiana politics and policy as the interim capital access reporter for the stations has aired on national programs, including All Things Considered, Morning Edition and Here & Now. Braun continues reporting in the same capacity as a Report for America corps member. He is a graduate of Louisiana State University’s Manship School of Mass Communication, where he covered the Louisiana Legislature and the criminal justice system as a member of the Manship School News Service. Braun joined WRKF as an intern in February 2019 and took over as the station’s full-time political reporter six weeks before Louisiana’s gubernatorial primary. He previously worked as an intern at The News Journal in Wilmington, Delaware, and as a contributing writer and radio reporter for The Daily Reveille, LSU’s student-run newspaper.

This RFA corps member covers state government full-time. WRKF 89.3 FM is known for its statehouse coverage, especially "Capital Access," aired daily during the legislative session. Recently, though, there's been just one Reporter to cover all news, including state government; WWNO hasn't even had a state government Reporter. Such limited reporting is unsatisfactory in a state that usually ranks near the bottom of most measures of human welfare and civic progress. This beat uncovers these stories.