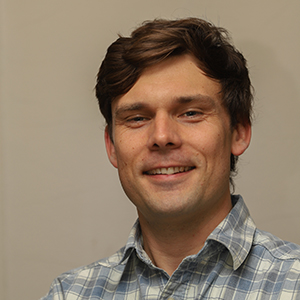 Peter Gill reports on central Ohio’s immigrant and refugee communities for The Columbus Dispatch. From 2014-2021, Gill was based in Kathmandu, Nepal, where he covered politics, the environment, and human rights issues for the Nepali and international press. He has also reported on housing for two Bronx-based papers in New York City, and produced an episode for the “Queens Memory” podcast about Nepalis living in the Queens borough of New York. Gill was born to American parents living in Kathmandu, and grew up in Nepal. A graduate of Carleton College, Minnesota, with a bachelor’s in history, Gill served in the Peace Corps in Senegal, holds a master’s degree in forestry from the University of Washington and is working towards a master’s from the CUNY Newmark School of Journalism. Gill speaks English and Nepali fluently, and Spanish, Hindi, and Wolof at an intermediate level.

Beat: Bhutanese and other immigrant communities in central Ohio

This reporter covers growing immigrant communities, including rapidly expanding communities of Somali and Bhutanese-Nepali individuals – most of them refugees – as well as others from Eritrea. This reporter examines how the refugees are working to integrate into a new society.