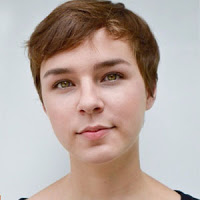 Phoebe is a radio journalist whose work has aired on “Reveal,” NPR’s “Morning Edition” and “Here & Now.” In the past year, she served as a general assignment reporter at Wisconsin Public Radio through the Lee Ester News Fellowship and editorial radio intern at “Reveal,” where she helped cover family separation and other immigration stories. She earned her B.A. from Yale University, where she founded and led audio projects including Herald Audio, the first-ever audio section of an undergraduate publication, and “Small-Great Objects,” the first-ever podcast series installed at Yale University Art Gallery.

Phoebe covers criminal justice, in particular, the issues revolving around prosecutorial misconduct and unethical conduct in Wisconsin. Her first major project is a podcast and multimedia exploration of the myriad obstacles facing defendants when the prosecution is tainted by misconduct — and how that system could be improved.