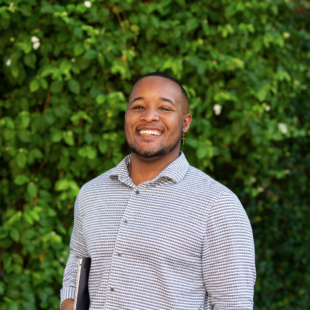 Prince James Story covers climate and environmental justice for Black Voice News, an onlinenews publication in Riverside, California. Before joining Black Voice News, Story was one ofthe 2021 Carnegie-Knight NEWS21 Fellows working on the multimedia reporting project“Unmasking America: The Lingering Toll of COVID-19.” Story also served as a digital reporterfor the United States Olympic and Paralympic committee for their “Olympians Made Here”campaign. While earning his master’s degree from Arizona State University, he was a graduateassistant for the Global Sport Institute and covered Arizona State football. He also wrote articleson issues involving social inequalities in underserved areas and communities of color whilespotlighting efforts by individuals and organizations to address these communal issues. InDecember 2021, Story earned his master’s degree in Sports Journalism from Arizona StateUniversity-Walter Cronkite School of Journalism and Mass Communication and received theOutstanding Graduate Student award for the Fall Convocation. He earned a B.A. in MassCommunication and a B.A. in African American studies from the University of Alabama atBirmingham.

The 2022-2023 RFA corps member will focus on environmental justice issues in California’s Inland Empire, home to some of the worst air quality in the nation. This region is also dubbed warehouse central, where increased semi-truck traffic traverses the area nonstop, adding to an already environmentally toxic environment. In one local community, 24 of its 46 census tracts are designated by the state as disadvantaged communities disproportionately impacted by pollution and other hazards that can lead to negative health effects. Seeking applicants with experience in investigative journalism, multimedia reporting and knowledge of how to use data to support a story.