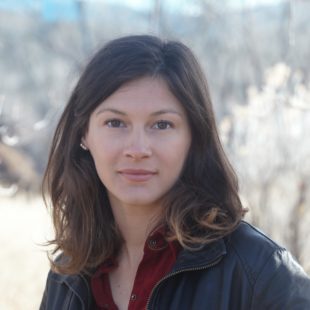 Rachel Needham reports for the Rappahannock News & Foothills Forum in Washington, Virginia, where she covers the changing nature of public services. While attending Whitman College in Walla Walla, Washington, she was a reporter for the student newspaper, the Whitman Wire. Her coverage of rural healthcare earned the Hosokawa Journalism Award for News Writing in 2018. Rachel contributed as a fact-checker to author Aaron Bobrow-Strain’s acclaimed book, “The Death and Life of Aida Hernandez,” which documents the consequences of militarization on the US-Mexico border. After earning her B.A. in Environmental Humanities, she moved to New Mexico where she freelanced for Searchlight New Mexico, which promotes independent, investigative journalism. In addition to being a writer, Needham is a wilderness first responder and rock climbing guide.

Research and reporting on county life, from daily coverage to explanatory series, reveal a megatrend: there's no plan, no strategy, little official understanding of what's ahead for Rappahannock County. The county’s guiding plan is nearly a decade behind its required update, and a mere 60 percent of Rappahannock is taxable property, severely restricting funding for schools and public safety. The overall population continues to decline in numbers. Our aged population (the oldest in the region, and the region's the oldest in Virginia) strains our first responders and miniscule health care infrastructure (no hospitals). County buildings are crumbling. A proposed code of conduct has floundered. This Reporter covers it all. As Rappahannock approaches its bicentennial in 2033, what does the future hold for our rural home?