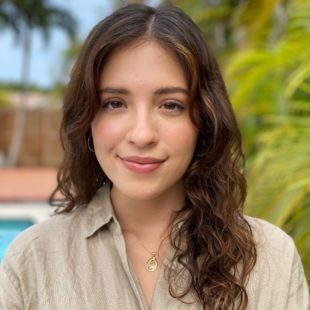 Roldan reports for KUT in Austin, Texas and concentrates on the costs and benefits of suburban growth in Hays County. Roldan covered politics, immigration, and the environment during internships at The Texas Tribune and the Austin American-Statesman. She graduates from Emerson College in May with a bachelor’s degree in journalism and grew up in Miami, Florida, where she attended Miami Dade College. Roldan has covered criminal justice for The Medill Justice Project and attended The New York Times Student Journalism Institute. Born to Cuban and Chilean families, she speaks Spanish and is a member of the National Association of Hispanic Journalists. Roldan is also an alumnus of the Chips Quinn Scholars Program for Diversity in Journalism and won the first place award for in-depth reporting from the Florida College Press Association Miami.

Beat: Costs and benefits of suburban growth in Hays County

As Austin has grown in the few past decades, affordability in the city has become a bigger and bigger issue. The cost of housing has forced many working families to move further out from the urban core. This has meant explosive growth in many of Austin’s suburban communities. Everything from roads to water systems to schools and law enforcement in these communities have become strained. And that infrastructure stress means local governments are trying to catch up with the boom.