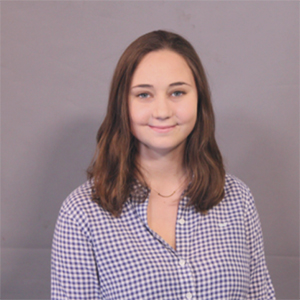 Riley Rogerson is based in Washington, D.C. and covers Alaska’s congressional delegation for the Anchorage Daily News. Prior to joining the ADN, Rogerson was earning her bachelor’s degree at Georgetown University with majors in history and government. Her love of journalism started as a reporter for Georgetown’s student newspaper, The Hoya, where she worked her way up to editor-in-chief. Rogerson has interned for her hometown paper, the Bucks County Courier Times in Langhorne, Pennsylvania, covering police, politics, preschools and more. She has also reported for Philadelphia magazine, the Investigative Reporting Workshop and Public Health Watch.

Beat: Alaska's congressional delegation, and the federal government's impact on the state

Based in Washington D.C. and reporting on Alaska's congressional delegation, the reporter covers the impact of the federal government on Alaska (where two-thirds of Alaska is federal land), including ongoing national battles over drilling, mining, logging, environmental protection, and climate change.