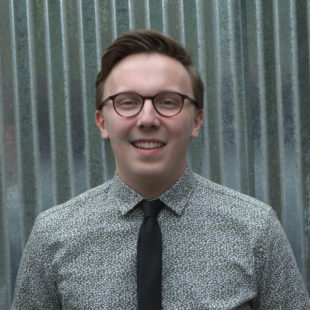 Roman Battaglia reports for Delaware Public Radio where he focuses on politics, elections and legislation activity at the local, county and state levels. He was recently a part of the Next Generation Radio Program from NPR, where he reported on immigrant experiences in Sacramento, California. After graduating from Oregon State University in June 2019, he worked at Jefferson Public Radio as part of the Charles Snowden Program for Excellence in Journalism. His story covering the role that amateur radio operators play in disaster relief won the Bill Leonard Professional Media Award for Audio Reporting. During his time at Oregon State, Battaglia was the station manager for his college radio station, KBVR FM. Under his leadership, the station was named one of the top college radio stations by the College Media Association and a new podcast covering the experiences of Asian Americans on campus won the best podcast award for 2018-2019. Battaglia grew up in Portland, Ore.

This is a high-visibility beat focusing on politics, elections, and legislative activity at the local, county, and state level. The journalist attends and reports on government meetings and news events; interviews candidates; and covers candidate debates and other activities we produce in conjunction with the University of Delaware’s Center for Political Communication. Knowledge of constituencies and concerns that this report gains during the 2020 election season will in turn lead to better coverage of issues post-election.