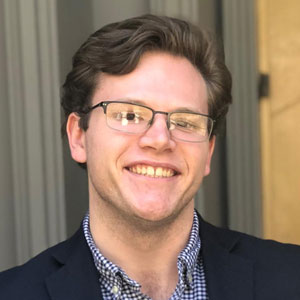 Ryan has been a crime reporter for the Arkansas Democrat-Gazette in Little Rock, where he anchored the paper’s coverage of gangs and gun violence. He has also worked as a temporary reporter for The Associated Press in Nevada and Texas. Earlier, he had internships with The Gazette in Cedar Rapids, Iowa; The News Tribune in Tacoma, Washington; and the Moscow-Pullman Daily News in Idaho. He attended the University of Idaho and served as news editor of the student-run newspaper, The Argonaut.

Ryan reports from the New York state capitol of Albany alongside veteran statehouse staff, covering criminal justice issues across the state, including poverty, race and changing policy on who is prosecuted, how they are incarcerated and how politics in America today are influencing those trends. He has access to AP colleagues on the national state government reporting team, data experts and a network of colleagues with deep experience reporting on government. AP’s team of reporters in Washington, D.C. also helps Ryan understand the connections between state and local trends. He produces a balance of spot news and enterprise work, with an emphasis on data-driven stories that can be distributed to AP customers around the state.