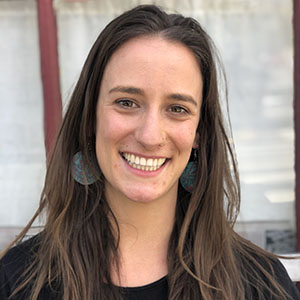 Sarah Lapidus covers rural communities in southern Arizona for The Arizona Republic, the largest news outlet in the Southwest. Previously, she was a general reporter in rural Alaska for the Kodiak Daily Mirror. Lapidus has traveled around the world, and speaks French and Spanish fluently, and basic Mandarin. She is a graduate of Michigan State University with a bachelor’s degree in French, and studied journalism at City College of San Francisco. Her reporting on local politics, policing and housing issues has appeared in a number of San Francisco publications. As an intern at The Bogotá Post in Bogotá, Colombia’s capital, Lapidus reported on general news, indie music and the Colombian peace process.

Coverage gaps in rural areas abound, and this bilingual multimedia reporter is embedded in southern Arizona, and responsible for the border areas of Nogales and Yuma, among others. Key topics include: the agriculture economy, the cross-border economy and strained health care options.