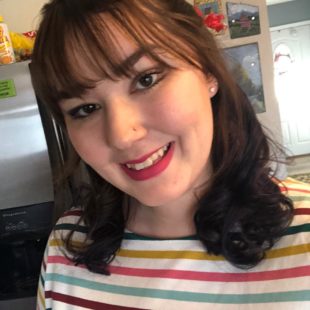 Sarah Spicer reports for The Wichita Eagle and focuses on climate change in the region. While many news stories focus on climate change on the coasts, Kansas and the Midwest are seeing its effects, too, in terms of everything from extreme weather to cattle prices. An award winning investigative reporter, Spicer has been studying investigative techniques at The Columbia University Graduate School of Journalism for the past year. While there, she worked as a student assistant for Columbia Journalism Investigations in partnership with ProPublica, investigating dating apps and sexual assault. She was Editor-in-Chief of her college paper, The Bulletin, at Emporia State University in Emporia, Kansas, for two years. While there, she wrote a groundbreaking investigative series about a professor who sexually assaulted an undergraduate student and how the university handled Title IX cases. The Kansas Press Association awarded the piece the best investigative story of the year, and The Bulletin won the Liberty Bell Award for Outstanding Service from the Chase and Lyon County Bar Association and the Above and Beyond Award from the Kansas Sunshine Coalition for the coverage. Spoon was born and raised in Neodesha, Kansas.

Beat: Climate change in the midwest

Until recently, most climate change coverage has focused on the coasts. This position focuses on how it impacts people in the middle of the country. Most Kansans now believe in climate change, but about half do not believe man-made activities have contributed, according to the Yale Program on Climate Change Communication. The impacts are real. As rainfall has intensified, people here are more likely to drown while driving through a heavy rain storm than be killed in a tornado. Flood control projects and limits on building in flood plains haven’t been updated to reflect increased rainfall intensity. There’s also local backlash against green energy, including recent bans on solar and wind energy. This Reporter makes the stories personal, interviews those who were rescued after their cars were swept into swollen streams, covers beef producers who see their income threatened in the eat-less-beef movement, and cites health professionals about changes in allergies and insect-borne illnesses.