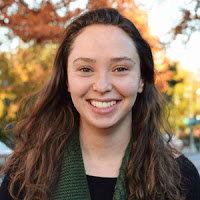 Savannah has been a producer for NPR’s midday show “Here & Now,” where her work explored everything from Native peoples’ fraught relationship with the American elections to the erosion of press freedoms for tribal media outlets. A proud citizen of the Mashpee Wampanoag tribe, Savannah got her start in journalism reporting for her hometown’s local newspaper, The Mashpee Enterprise, and public radio station, WCAI. She has since contributed to New Hampshire Public Radio, High Country News, and NPR’s Code Switch blog. She graduated from Dartmouth College.

Wyoming Public Media covers Wyoming’s main issues, but there’s a gap on the Wind River Reservation. One of the largest U.S. reservations, it’s unique in that it has two historically warring tribes mandated to live on this one appropriated area of Wyoming. Over the decades, the Eastern Shoshone and Northern Arapahoe people forged a relationship that is difficult to maintain. This situation compounds problems in education, health services, living conditions, land and wildlife management, revenue generation, among other issues. Savannah’s beat is the Wind River Reservation covering issues that are critical to the Eastern Shoshone and Northern Arapahoe populations. Topics include health delivery, education, homelessness, legislation and Native sovereignty topics, the justice system, the plight of unemployed or underemployed youth, and historical trauma, among others. She works at the direction of the news organization’s current reservation reporter as well as with the news director.