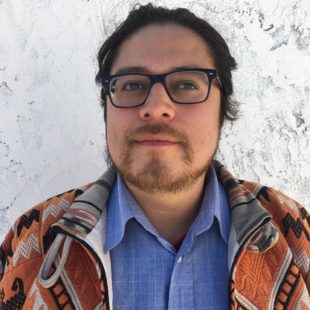 Shaun Griswold reports for New Mexico In Depth, where he focuses on the Native American population in Albuquerque, the state’s largest metropolitan area. It’s one of the first beats to focus on Native Americans in an urban setting. Griswold is a New Mexico journalist covering issues for southwest Indigenous people. He, himself, is a member of Laguna Pueblo, while also holding family ties to Jemez and Zuni Pueblos. He’s worked as a content producer KUSA-TV, the NBC affiliate in Denver, and on the assignments desk at KOB-TV, part of the Hubbard Broadcasting chain. He attended the University of New Mexico.

New Mexico has one of the largest per capita populations of Native Americans in the country. Many live in the state’s urban areas, especially Albuquerque, which is in the state’s largest county. But you’d never know this from local news coverage. The Reporter on this beat covers the urban Indian population in New Mexico’s largest metropolitan area. New Mexico in Depth envisions working with an RFA corps member in Albuquerque, preferably a young Native American Reporter from New Mexico or a Native Reporter from out of state.